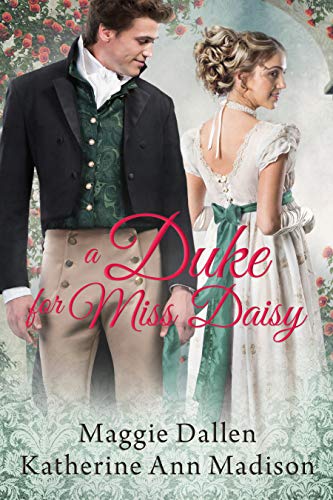 A Duke for Miss Daisy

Daisy’s met the duke of her dreams…or is he her worst nightmare?

Daisy is a wallflower. Or at least, she was. But this season her prospects are brighter and, much to her mother’s delight, she may just make a match. When the duke she once adored from a distance arrives at the house party she’s attending with her friends, she knows for certain her luck has changed.

Until she meets him.

Rude, grim, and not at all the knight in shining armor she believed him to be as a child, the now-widowed Duke of Dolan treats her boorishly bad. This isn’t the love at first sight she’d been dreaming of. In fact, it’s a whole lot like disdain.

If it were not for the way he held her in his arms, she might just be fooled into thinking he’s not the man for her at all.

Luckily for him, his kisses speak louder than his growls. 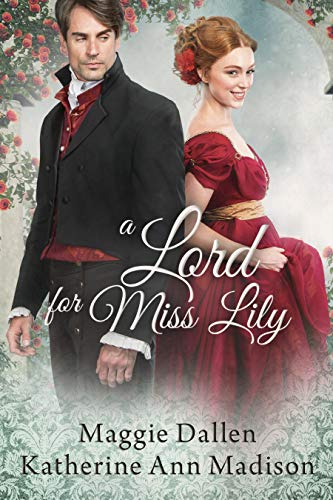 A Lord for Miss Lily

Lord Merrick is perfectly handsome and charming…but this lord is a complete traitor. Lily knows this for a fact as she is the very person he turned his back on. Now she’s determined to avoid him at the house party she’s been trapped at with her former friend.

The only problem? Lord Merrick is like the plague… he just keeps cropping up.

And when he saves her from a social embarrassment, she’s tempted to spill all her darkest secrets. But how could she ever trust him like that again?

Even if they could recapture the friendship that once filled her life with happiness what would she do about all the feelings that hint she wants to be far more than his friend?

There is only one thing left to do.

Allow him to kiss her under the moonlight. 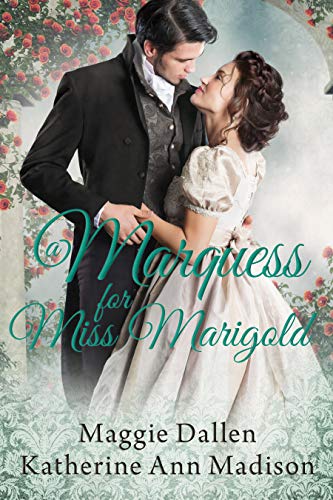 A Marquess for Miss Marigold

All this wounded marquess wants is solitude. Instead, he stumbles across a wallflower…literally.

It wasn’t as though Marigold was hiding, she was just…lying low. In an abandoned shed. Amidst a house party where both her best friends had managed to become engaged.

In a few days she can escape to her quiet life a solitude and books. Alone. Forever. But then the prodigal son returns to the manor and charges into her life with the military precision one might expect from a war hero. Even more terrifying, he refuses to ignore her like the rest of society. Of course, he doesn’t.

The irritating man seems to have made it his life’s mission to drag her out of the shadows and into the light. And while she has wished to be seen by the rest of them, his attention is starting to feel…nice. Better than that, even.

But he’s a marquess and a war hero. His interest is purely an act of kindness. Nothing more.

Unfortunately, her heart refuses to listen to reason. Which means…it’s bound to be broken. 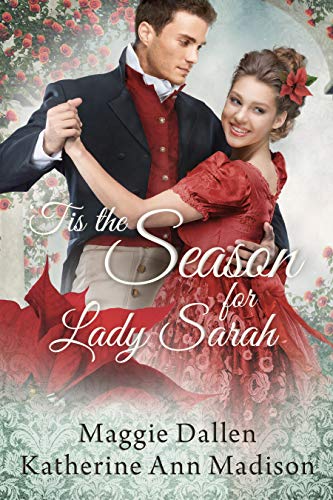 ‘Tis the Season for Lady Sarah

Lady Sarah believed she’d found her one true love. But feelings can be deceiving…

It’s going to be the wedding of the season…at least that’s what her mother keeps saying. Unfortunately for Sarah, it’s not her own nuptials that have the family in such a twitter, but her brother’s. Still, Sarah’s own love, Mr. Emmet Stallworth, a merchant, is in faraway lands where he’s attempting to earn enough to ask for her hand, so why not throw herself into preparations for her brother’s marriage?

Stallworth returns only to announce that he’s already married. Sarah waited for him, how could he do this to her? And then there’s the annoying Earl of Everly who seems to pop up at the least convenient times. The arrogant rake has that knowing smile and he keeps poking at her wounds.

But when she nearly ruins her brother’s big day, it’s Everly who saves her. In that moment, Sarah can’t help but wonder if her heart had it wrong after all… 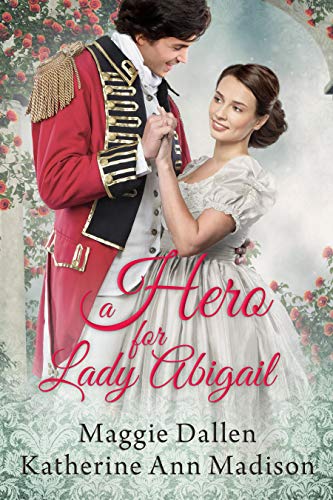 A Hero for Lady Abigail

With one season left for Lady Abigail to find a husband, now is certainly not the time to lose her head…or her heart.

No one would mistake Lady Abigail for a delicate wallflower. In fact, she’s more like the gardener’s shears. But with her parents’ ultimatum still ringing in her ears, “Choose a husband now or we’ll choose for you,” Lady Abigail is desperate. Luckily Major Mayfield is the perfect bait to help her lure her prey. There’s only one problem. He wants nothing to do with her. But a little adversity never stopped her. This is her last chance and she means to make it work. Even if it means playing nice…for once.

Major Mayfield has no interest in the belle of the ball, and even less in a lady who is spoiled rotten. He’s already chosen the perfect lady…it’s just too bad he can’t seem to remember her name when Lady Abigail is nearby. But that’s only because she is so very irritating. And clever. And, of course, everyone knows that she has beauty in spades. No, what the major finds so intriguing is the rare glimpse of her true nature when she thinks no one is watching. The more he digs, the more he’s stunned to find…she’s more than a diamond in the rough. In fact, she might just be a diamond of the first water.