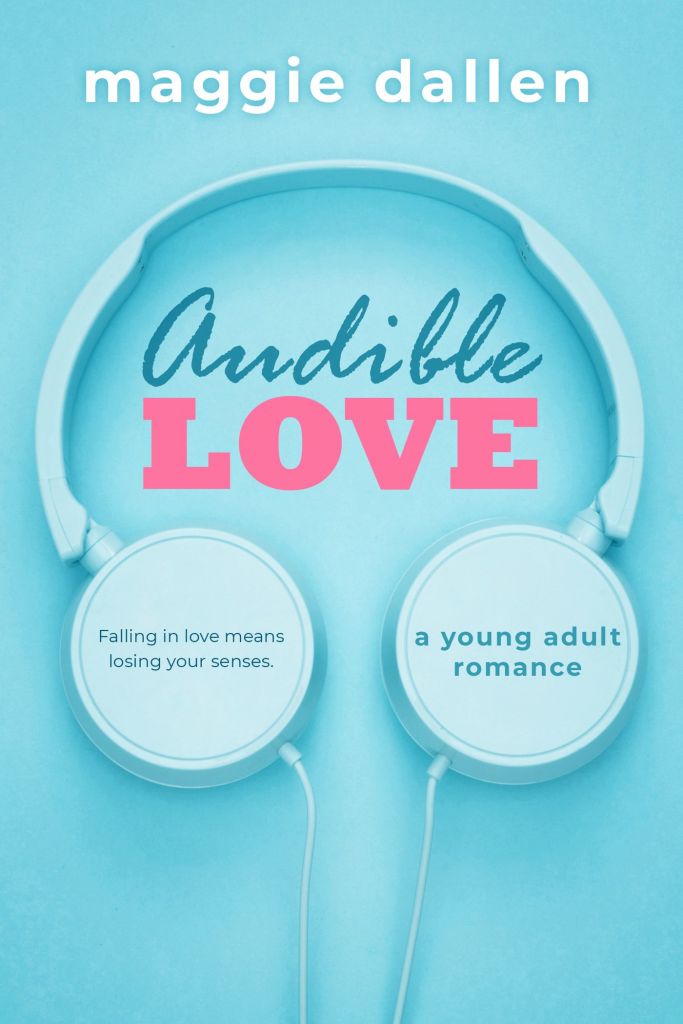 Love is blind? This starlet doesn’t believe it. Then again…she’s never been starstruck.

As a child star turned teenage diva, Avery has played a lot of roles in her lifetime. Not one of them was as difficult as pretending to be an ordinary girl at a normal high school. Well, relatively normal. Trudale is a boarding school for the arts, catering to the elite. But even in a school overflowing with celebrities and children of celebrities, Avery is an anomaly. She’s a superstar, a bona fide supernova in their midst. So untouchable she’s never even had a date. Her lonely nights are spent listening to her favorite voice actor bring her beloved books to life. But when it turns out that the audiobook narrator she’s been crushing on attends the same school, it’s clear this is kismet…or a cruel joke.

As Trudale’s token scholarship kid, Seth’s as jaded as they come. Being paired up with the new girl who represents everything he hates about this world is basically torture. Except that the more he gets to know Avery, the more he realizes that there’s more to her than meets the eye. And maybe, just maybe, he can let her in on his secret. He’s the guy behind the voice she’s been crushing on, not his roommate. But trusting Avery means putting his faith in something he doesn’t quite understand.

One thing’s clear, either this is true love or Cupid’s got a sick sense of humor. 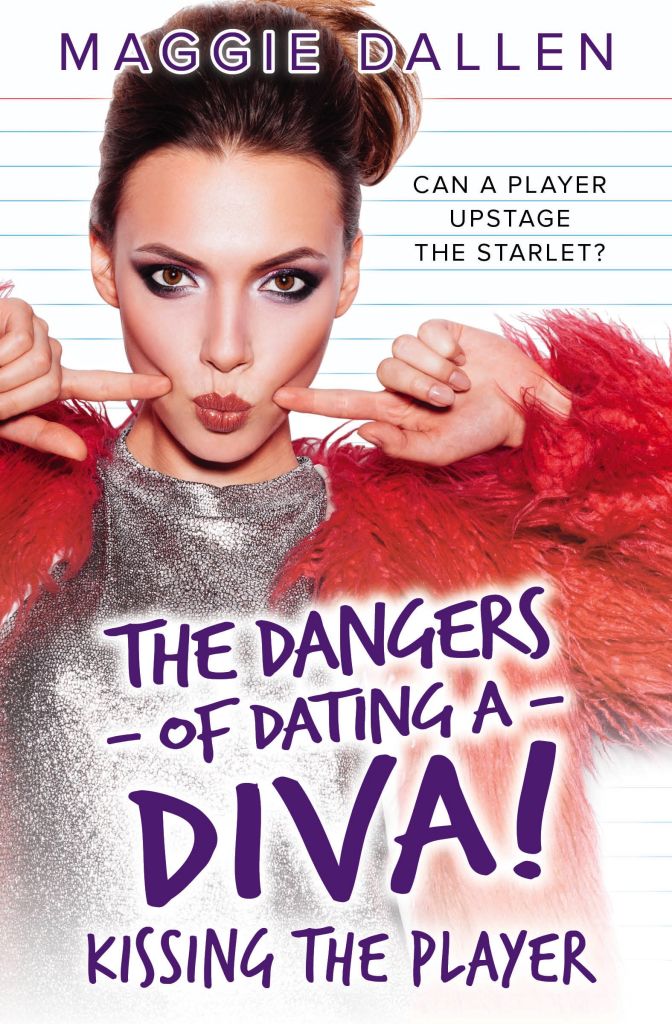 The Dangers of Dating a Diva

Two commitment-phobes desperate for revenge? Clearly dating each other is the only option.

An ex with a vengeance…

Two years ago, Rose Parson dumped Jax without a word of warning. The breakup was cruel and unusual, but he was just the first of Rose’s victims. Ever since then, Lakeview High’s lead actress had become famous offstage for leaving broken hearts in her wake.

When her latest conquest offers to pay Jax to make her fall for him so she can get a taste of her own medicine? Of course he says yes. What does he have to lose? It’s not like the diva has a heart to break, and there’s no way he could get hurt by her. Not again. Not in this lifetime. This time he knows better than to fall for an actress…right?

A diva with a plan…

Seriously? Jax thinks he can play her? Ha! Rose is onto him from the start. Jax might have game, but he doesn’t know the first thing about acting. Does it sting that the guy who’s bent on breaking her heart is the one who got away? Maybe just a little. But it’s nothing a little payback can’t solve. He wants to date? She’ll give him the relationship of his dreams…right before ripping his heart out.

Of course, she has rules about that sort of thing. No dating for more than two weeks and never date the same guy twice. She has those rules for a reason, but maybe she can break them just this once to teach the player a lesson. After all, everyone knows the best way to play a player is to beat him at his own game.

But pretending to fall for her first crush all over again? This will take the performance of a lifetime. 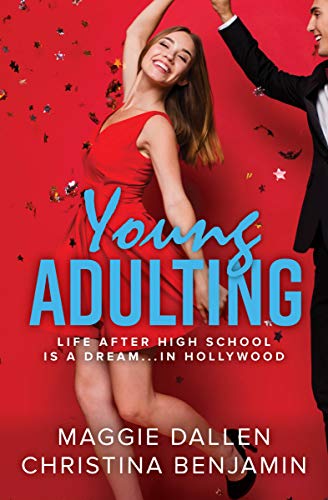 Falling in love is hard. Adulting is harder.

While the rest of her high school friends are heading off to college, Isabelle Ellis is diving headfirst into real life. Well…if Hollywood can be considered real life.

She’s scored the internship of a lifetime with a major production company. And thanks to the script she discovered, she’s certain she can make her temporary position permanent. Even better? The screenwriter might just be her dream guy. Sure, she’s never actually met him in person, but if their email exchanges are anything to go by, he’s her match made in heaven.

There’s only one problem. Her screenwriter crush wants TV heartthrob and Hollywood royalty Henry Landon for the lead role. Signing Henry to the project would be a major coup…but having to work with the unbearably egotistical actor might just be her worst nightmare.

Isabelle thought she was prepared for life in Hollywood and all the drama that comes with the glitter and glitz, but this might just be more than her little film major heart can handle.

Add in four new roommates, backstabbing intern rivals, and the Los Angeles’ public transit system, and Isabelle’s new life in La La Land isn’t exactly the dream she’d imagined. Especially when she discovers her screenwriter’s dream man isn’t who he says he is… And Henry? It turns out the cocky A-list jerk has a heart. But he has secrets too and they could destroy her career goals and break her heart.

But no one ever said Hollywood was for the faint of heart. 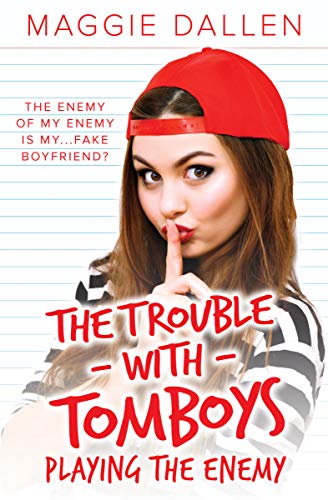 The Trouble with Tomboys

Hannah’s ex has some nerve. First he breaks up with her in a text, and now he thinks he can take soccer away from her? Think again. As the captain of their intramural team, her ex might be able to kick her off his team, but he can’t stop her from playing for their rivals.

The enemy of my enemy is my…fake boyfriend?

The fact that her new team captain is her ex’s arch nemesis? Even better. Playing for River’s team on the other side of town is the perfect payback. When her ex sees them together and gets the wrong idea… Well, what’s the harm in playing along? Hannah’s already learned her lesson about falling for a teammate and it’s not a mistake she’ll ever make again. Besides, her relationship with River is just for show—a way for them both to get vengeance on her ex. His kisses might muddle her mind, but he’ll never steal her heart…right?

Check out all the books in The Trouble with Tomboy series for the full reading experience.
1. Playing the Enemy – by Maggie Dallen

2. Playing to Win – by Stephanie Street

3. Playing the Field – by Christina Benjami 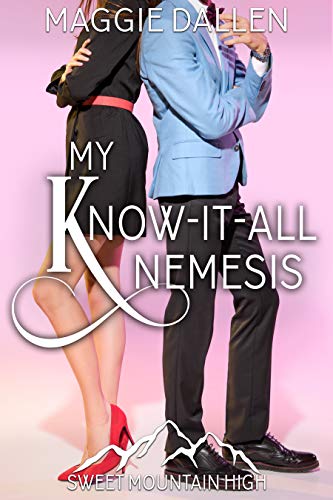 A Sweet YA Romance

Ever since Miller Hardwell transferred to Sweet Mountain High, he’s been the bane of Kate’s existence. He’s her main rival and the only thing standing between Kate and her dreams of the Ivy Leagues. But the worst part is–he doesn’t play fair. Take last spring’s student council elections, for example. He’d stooped so low he’d gotten them both disqualified from the race.

But now there’s going to be a special election, and for once Kate stands a chance of beating her longtime rival. Everyone knows Kate’s earned it. If there were any justice in the world, the charming, smug rich boy would step aside. But then again, Miller has no concept of fair, and when it comes to their rivalry, he’ll do anything to win. It seems this time around, he’ll even play nice. With the vice president watching them like a hawk in case their rivalry gets out of hand again, there’s no other option but to work together, but that proves to be harder than either of them anticipates.

Playing nice gets out of hand when it leads to a kiss that they can’t forget. And then a horrible truth is revealed–one that neither of them wants to admit. These two rivals might just like each other.